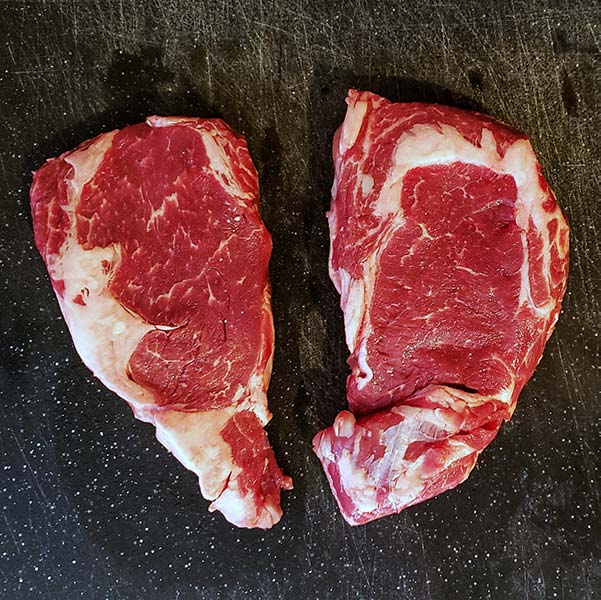 We have all experienced the horror of a bad piece of meat — that deer your brother-in-law shot a couple of years ago, that lamb your aunt Margaret made for Easter dinner when you were a kid, or that “trout” (was that really a trout?) your buddy Zeke grilled up on that camping trip you would just like to forget.

So based on past history, is Bison worth the extra cost, and more importantly, are you even going to like it?

Bison meat has a taste very similar to that of beef. Generally speaking, most people will not be able to tell the difference between the two. In a side-by-side comparison, bison will have what is commonly referred to as a “richer” or slightly sweeter taste than a comparable cut of beef. Because bison is much leaner than beef, some people have described it as tasting “cleaner” and less “greasy.” Bison meat does not have the “gamey” taste and/or aftertaste that is often associated with lamb, mutton, venison, and other game meat.

Because bison meat is a leaner meat than beef, there is also a noticeable difference in the texture of the meat as well, but not exactly like you would think. Where lean cuts of beef are typically less tender than a more marbled cut, bison is different. While there are varying degrees of tenderness across the spectrum of bison cuts, bison is very tender meat.

When you look at a bison ribeye and compare the marbling with a USDA Choice beef ribeye, you might think that the bison steak is going to lack flavor, juiciness, be tough, and difficult to chew. You are going to be very surprised at how tender it will be despite the lack of visible marbling.

But don’t worry, the tenderness of bison meat won’t leave you with a “mushy” texture like you might find with a ground product. Instead, what most people describe is a “fuller” bite of meat because that is exactly what you are getting, more meat in every bite.

Bison meat is also higher in most nutrients than beef. One of those nutrients is iron. The abundant presence of iron gives the meat a deep, rich, red color. The presence of iron may also cause the meat to have a slight metallic odor when you first open a vacuum-sealed cut of bison meat. That smell is the iron in the meat reacting with the air in your environment. But don’t worry, that odor is brief and WILL NOT be detectable in the actual taste of the meat.

The deep red color of the meat can also be deceiving when cooking bison meat. If you are judging the doneness of your steak by sight alone, what looks like a medium-rare bison steak may actually be closer to a medium or even medium-well steak. We recommend you use a thermometer when cooking bison until you become familiar with the appearance and firmness of the meat using different preparation methods — bison meat is very versatile, but nothing will ruin it quicker than over-cooking it. Because it is lean meat, it will cook faster than a fattier cut of beef.

So why do bison and beef have similar tastes and appearance?

Not only are both animals similar in shape and size, both animals are Bovids (family Bovidae). So close are they from a biological standpoint, the two animals can be bred together; the result is what is known as a Beefalo.

Because of these biological/ecological similarities, It shouldn’t be surprising that bison and cattle share a very similar diet — primarily grasses including alfalfa and various native grasses. Bison can also be fed a grain-based ration and other feedstocks that would be consistent with commercial cattle feeding.

Both bison and cattle are what are known as ruminant animals — that is, they have a unique digestive system that is comprised of a series of four stomach compartments. This unique structure allows them to extract nutrients from their plant-based diet.

Because of their genetic similarity, the similarity of their diets, and the manner in which they are raised, it’s easy to see why the meat from both of these animals is indistinguishable in most cases.

What Cuts of Bison Meat Should I Start With?

Now that you know that bison is similar to beef in many ways (including taste), here are some recommendations for cuts of bison meat to dip your feet into the waters of bison.

Ground bison is a great place to start if you are getting started with bison meat. It is a simple substitute for any recipe that uses ground beef: burgers, taco meat, meat-based sauces, and casseroles.

Ground bison does cost more than what you will pay for ground chuck (beef), but not exorbitantly more expensive.

If you are really nervous about trying bison meat, ground bison has the added benefit of being able to adjust the flavoring using a variety of seasonings. We don’t think that will be necessary, but just know that the taste of ground products are easily influenced by seasoning.

Another simple substitute for beef is a bison roast. Like a ground product, you can enhance the flavor of the meat by using spices and seasonings. Because the meat is so lean, bison roasts do particularly well in a slow cooker where the meat will cook in a moist heat, but can also be slow-roasted with delicious success.

You can serve your bison roasts traditionally as you would with any roast, as the centerpiece of the meal, or as we like them — pulled/shredded, seasoned with BBQ sauce, and served as sliders or BBQ sandwiches. Slow-roasted roasts are also great for slicing for deli-style sandwiches or cutting your own steaks. Our bison chuck roast and sirloin tip roast are excellent choices for cutting your own steaks.

There is nothing quite like a GREAT steak, and bison steaks fit that bill well. From the plate-filling ribeye and T-Bone to the elegant NY Strip and tender Filet Mignon, there are plenty of options when it comes to bison steaks.

If you are looking for a more-marbled steak, the ribeye and chuck steak should be on your list. And if you are seeking something incredibly tender, the Filet Mignon and the flat iron steak can’t be beaten.

Like most types of red meat, bison steaks can be cooked using a variety of methods including, grilling, pan-searing, smoking, and sous-vide.

Now that you know that the taste of bison meat isn’t anything to fear, browse our store to try some of our Premium American Bison.